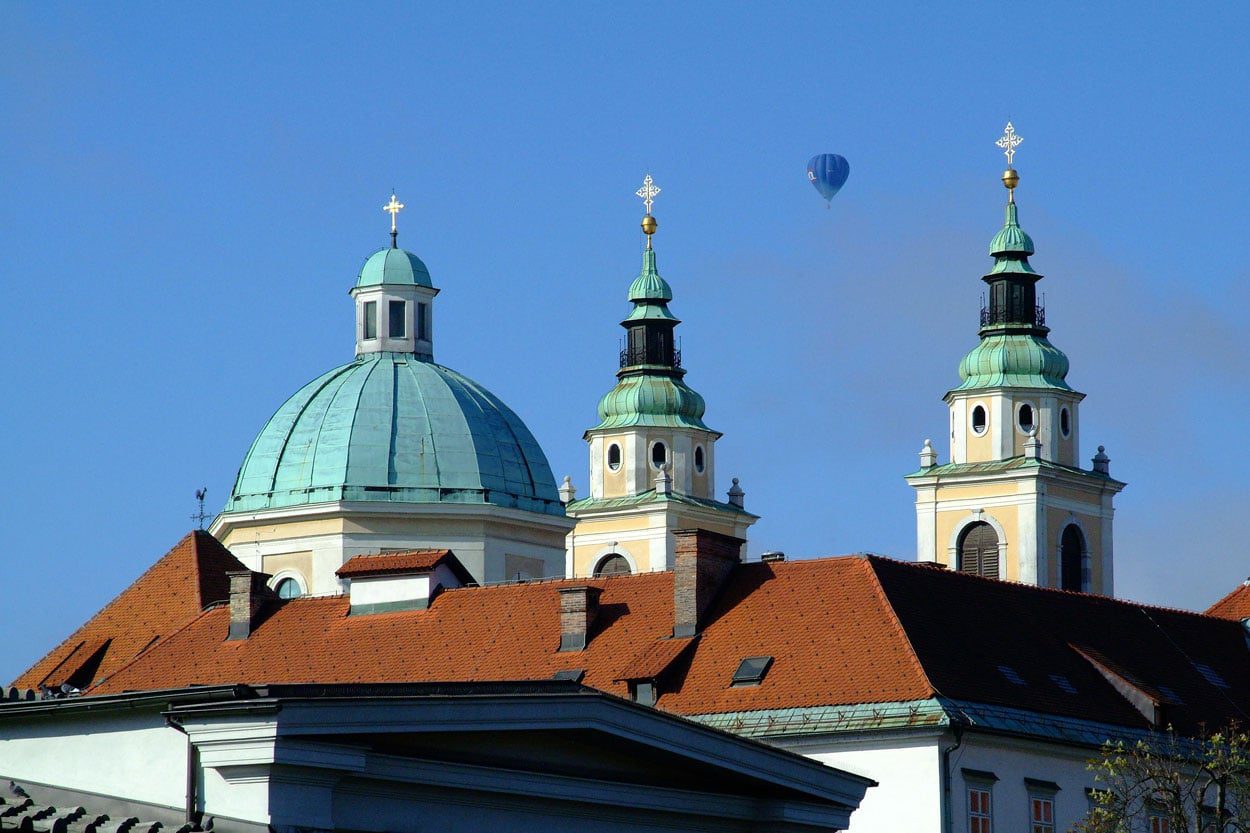 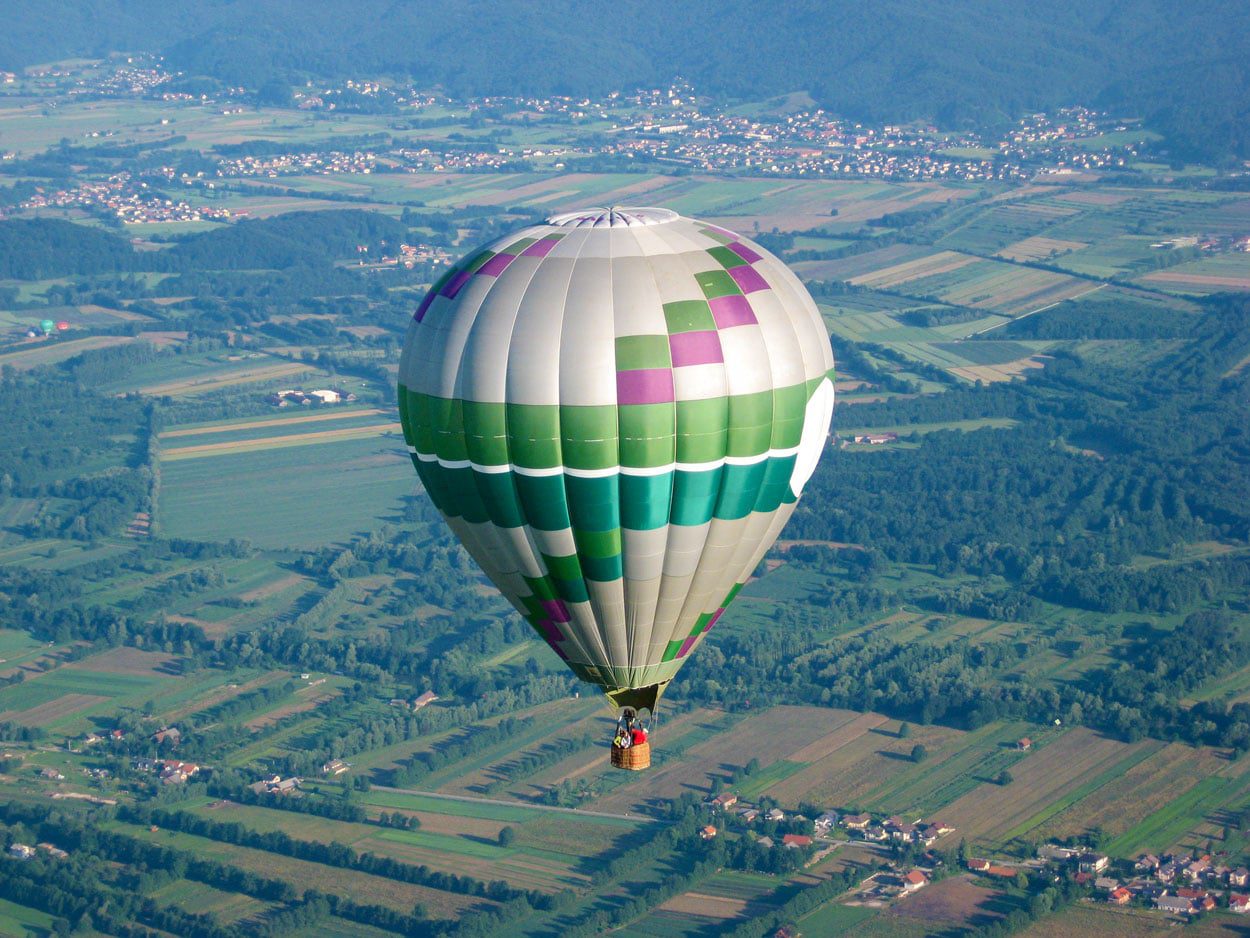 As hot-air balloons rely solely on the wind, take-off locations tend to change daily, depending on the direction the wind is blowing. To ensure that you get to see all the fascinating landmarks from a bird’s-eye view, we have a number of designated take-off areas in and around Ljubljana from where we embark on our adventure tour in the sky.

Once tucked away safely in the balloon’s wicker basket, it’s off to explore. The Ljubljana Basin is packed with lovely forests and plains, dotted by rolling hills with spectacular mountain backdrops in the distance, making the panoramic views from up there breath-taking, to say the least. Ljubljana’s colourful city centre appears with its intriguing architecture, winding river, and proud castle on the hill. A town, which has seen the ages roll by since the Roman times, is now spread out beneath you in all its glory. Drifting along, you will see the amazing Ljubljana Marshes Nature park. The Marshes is where 5200 years ago pile-dwelling settlements appeared and where the oldest wheel in the world was found. Today, these wetlands are a pristine natural reserve that’s super pretty to view from above.

After about an hour, the pilot lands the balloon and the ground crew scurries to pack everything away. This is followed by a traditional Balloon Ceremony with a glass of premium Slovene sparkling wine and a drive back to our meeting place for a nice hot beverage. As tradition dictates, you will receive the Certificate of an Honourable Baroness or Baron, before being taken back to your accommodations (if you had a pick-up).

Early mornings offer the best conditions for hot-air balloon flying, since the air is cold and stable. During the warmer part of the day, the sun heats the air above which causes thermal activity and more unstable air, meaning unstable flying. However, in the mornings, the coldest part of the day, the hot-air balloon inflates and launches easily, while stable air offers much calmer flying. Besides, watching the sunrise from way up high is especially beautiful.

Hot-air balloons usually carry enough fuel to fly for about 1-2 hours, however the air temperature, the carrying weight in the basket and weather conditions influence the flight’s duration. We try to get about an hour up in the air with each flight.

Actually, it won’t. The coldest part of the experience is at the launch, in the layer of cold air that sets on the ground during the night. Once we are above this layer of cold air, temperature rises and the flight should be quite comfortable for you. You won’t even feel the wind, because the balloon moves with it.

The experience of flying in a hot-air balloon is much different to standing on a roof or a really high bridge. It will feel like solid ground beneath your feet, so you won’t get the vertigo feeling. As we will be propelled by the wind currents, you won’t even feel the wind blowing. The balloon basket does not swing or rock and is completely safe.

We always put your safety first and if we decide the weather is not suitable for flying, your flight will be cancelled. In that case, you will receive a cancellation notification and we will try to reschedule your flight to another day. If you are unable to reschedule the flight, we offer a full refund.

We can’t give you an exact answer, as the landing site depends on the aforementioned wind conditions. Our pilot will carefully plan the wind forecast before the launch, to ensure that the wind doesn’t take the balloon to an unsuitable landing area. He will use different air currents to steer the balloon towards a good landing spot, so our landing will be safe and smooth. We will land in a field or a meadow and we have agreements with the landowners to use their properties.

The ground crew follows the balloon’s path. The pilot is in constant contact with the crew and they should arrive at the landing location at roughly the same time. We will take you back to the take-off location (or your own) right after the balloon is packed.

We normally fly at an altitude between 50 and 500 meters (160–1700 feet), which is the best height for nice views and taking pictures, but it all depends on the weather conditions.

Jovan
Talk to our travel expert
[email protected] +386 41 662 866 Book a call
Usually replies within 4 hours!
For individual travelers or last minute booking please contact us.
Don't miss out
Reserve your spot before it sells out
Covid refund guarantee
Money-back in case of covid restrictions
Instant confirmation
Tickets delivered to your email
Fast and easy booking
Book you activity in few minutes
Guaranteed prices
No additional costs
Happiness Guaranteed
Or we will return your money
Best price guaranteed
Or else we match it
We care about the planet 🌍 Read more > 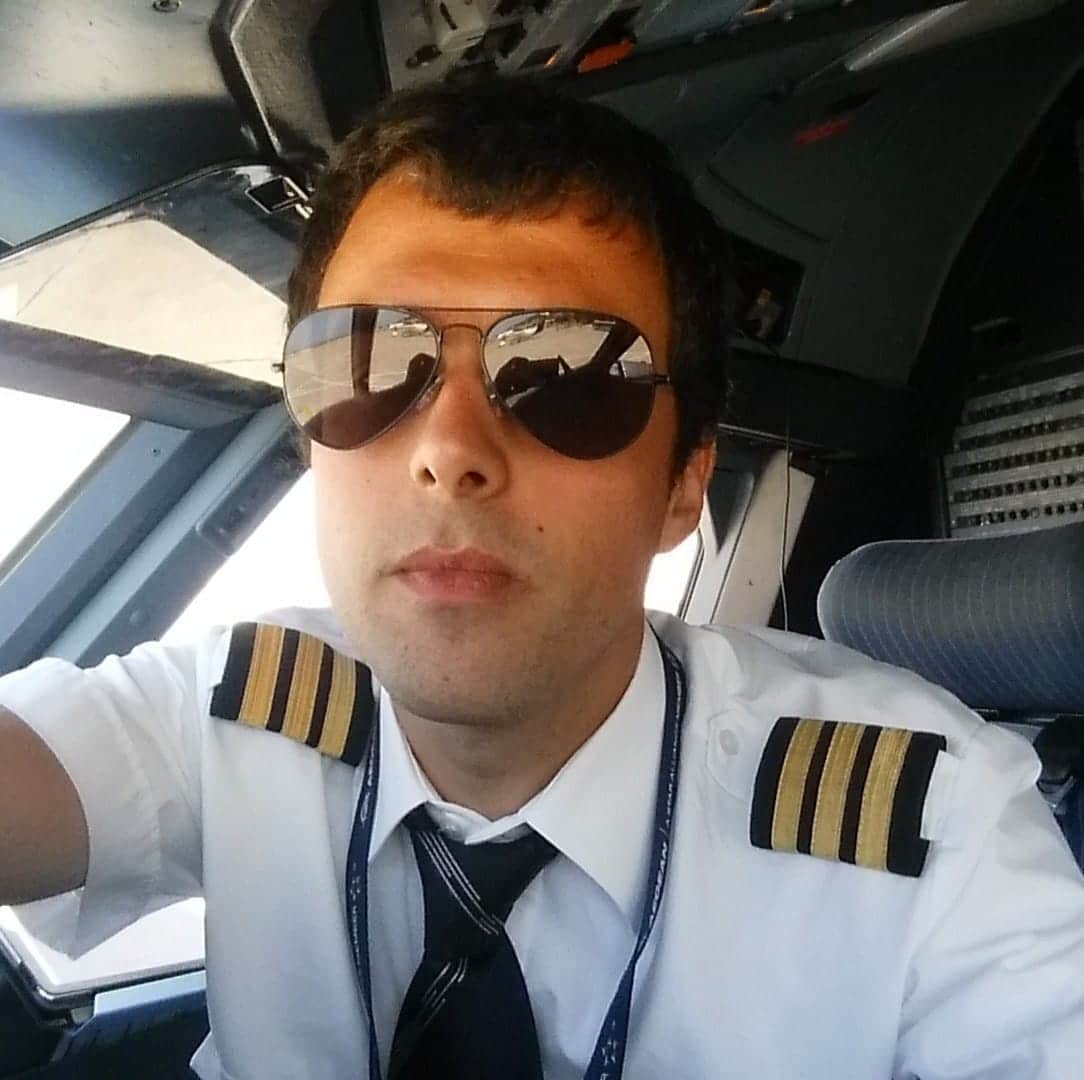 Our local team with vast experience has cherry-picked the best things to do in Slovenia for all sorts of travelers.

Experienced and passionate local guides will make your trip run smoothly, going that extra mile for you.

Based in Slovenia, we are working closely with local suppliers to provide you with a unique experience at the best possible price.

Enjoy faster and smoother travel with more time to enjoy the sights in the company of up to 8 people.

We are a financially protected company operating since 2014, and with thousands of satisfied customers in the past, we still put you first. 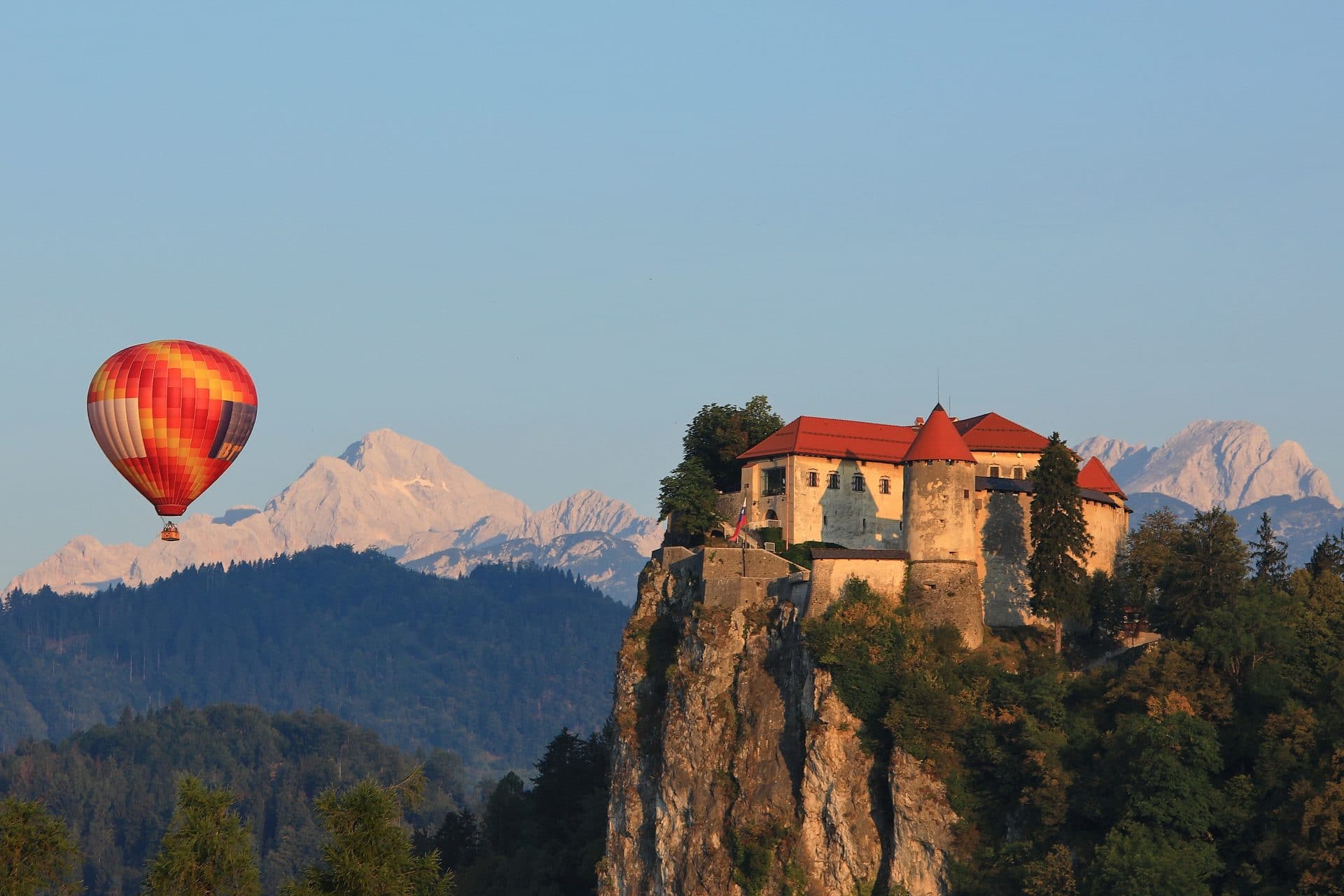 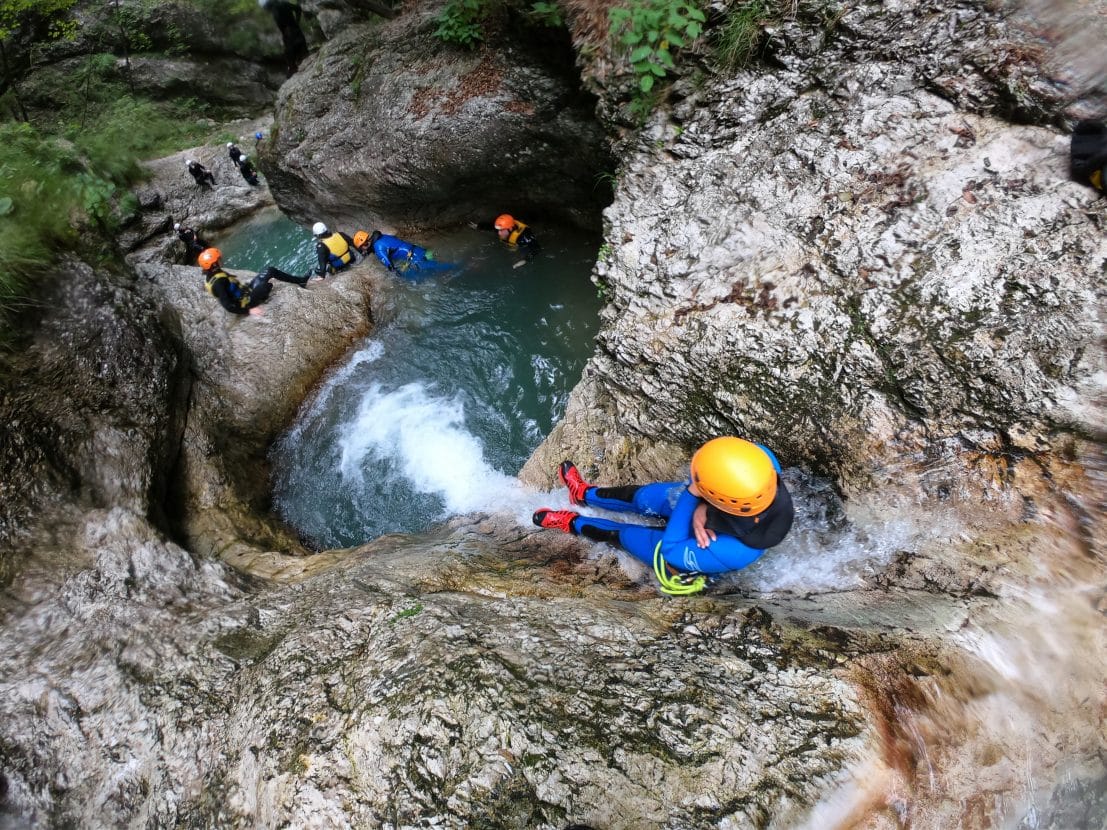 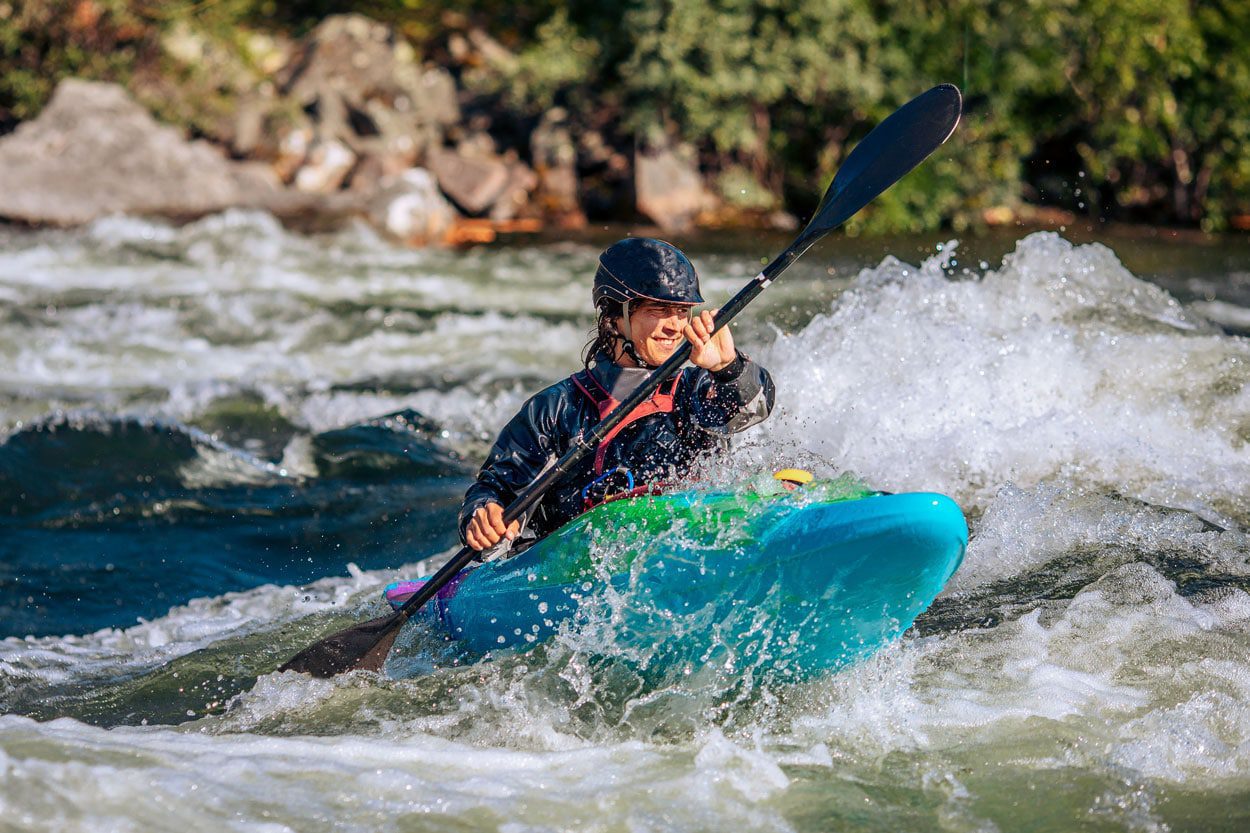 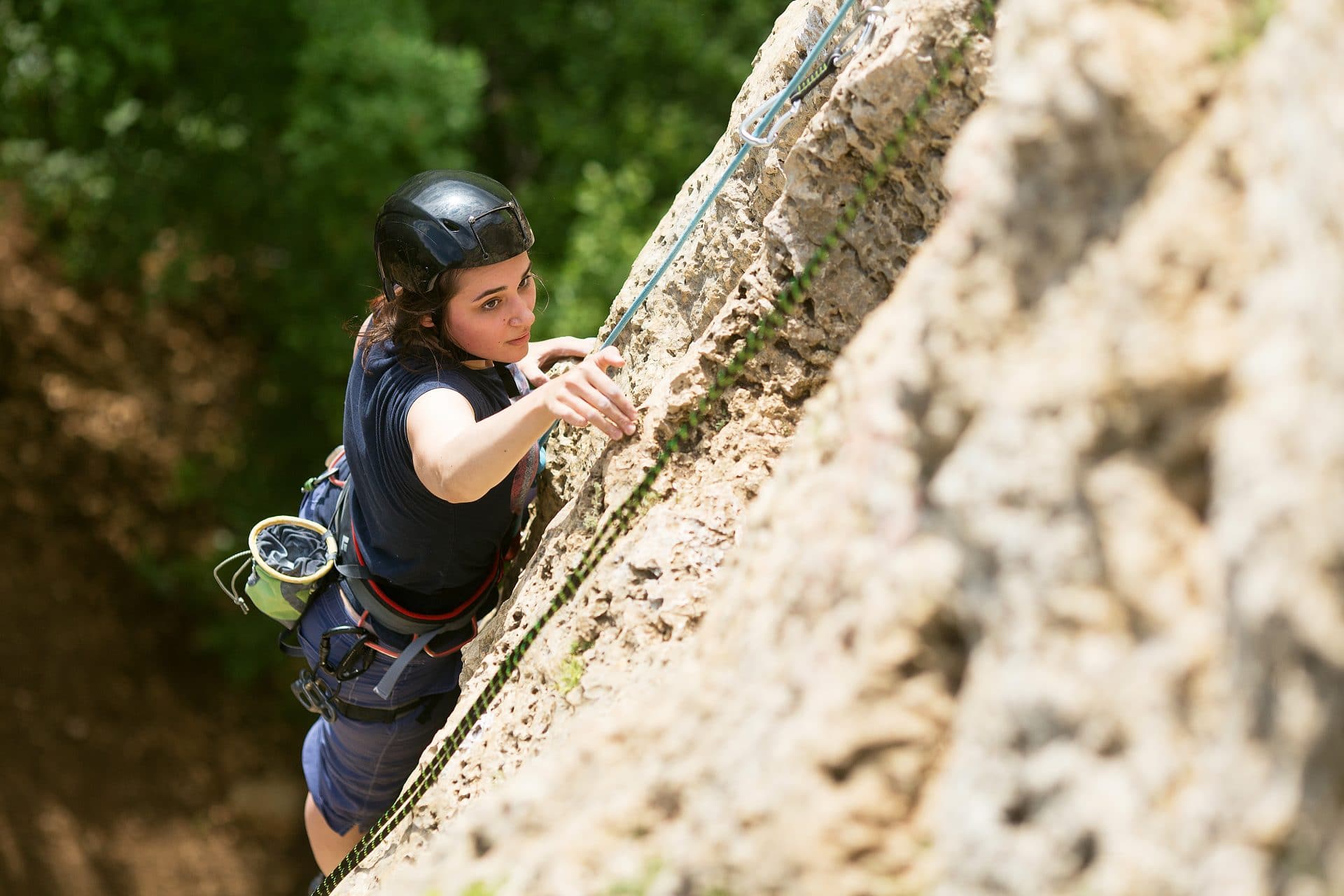 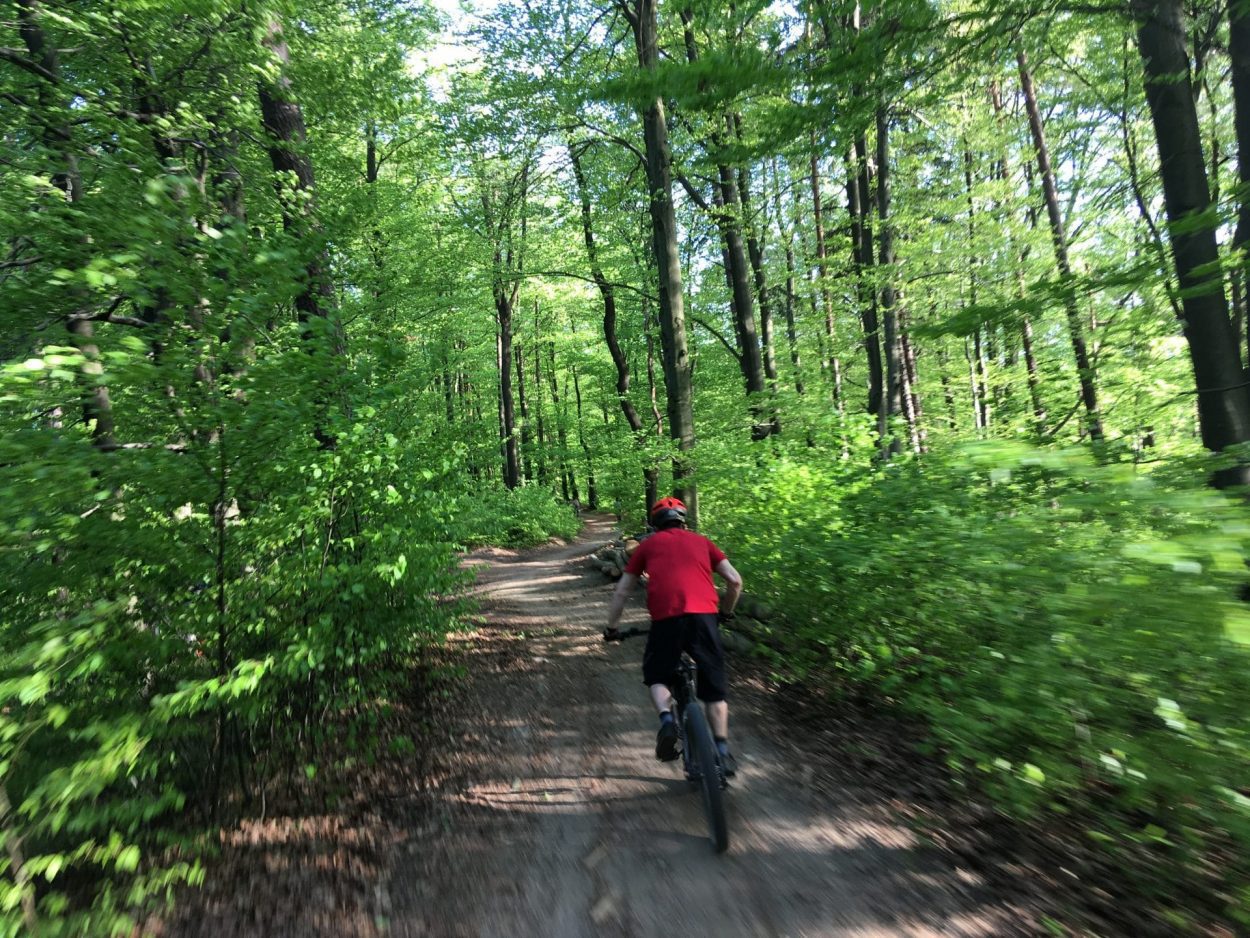 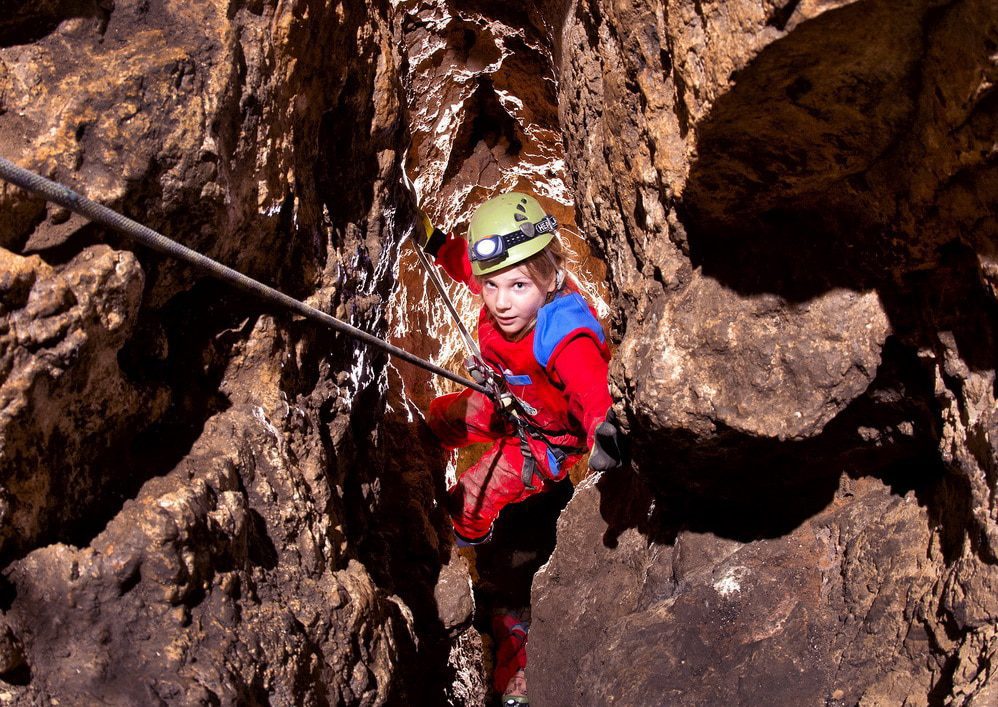 Combine an adventure package in Bled with unforgettable experiences and activities in the Julian Alps to discover Slovenia's natural splendor in all its glory.
More → 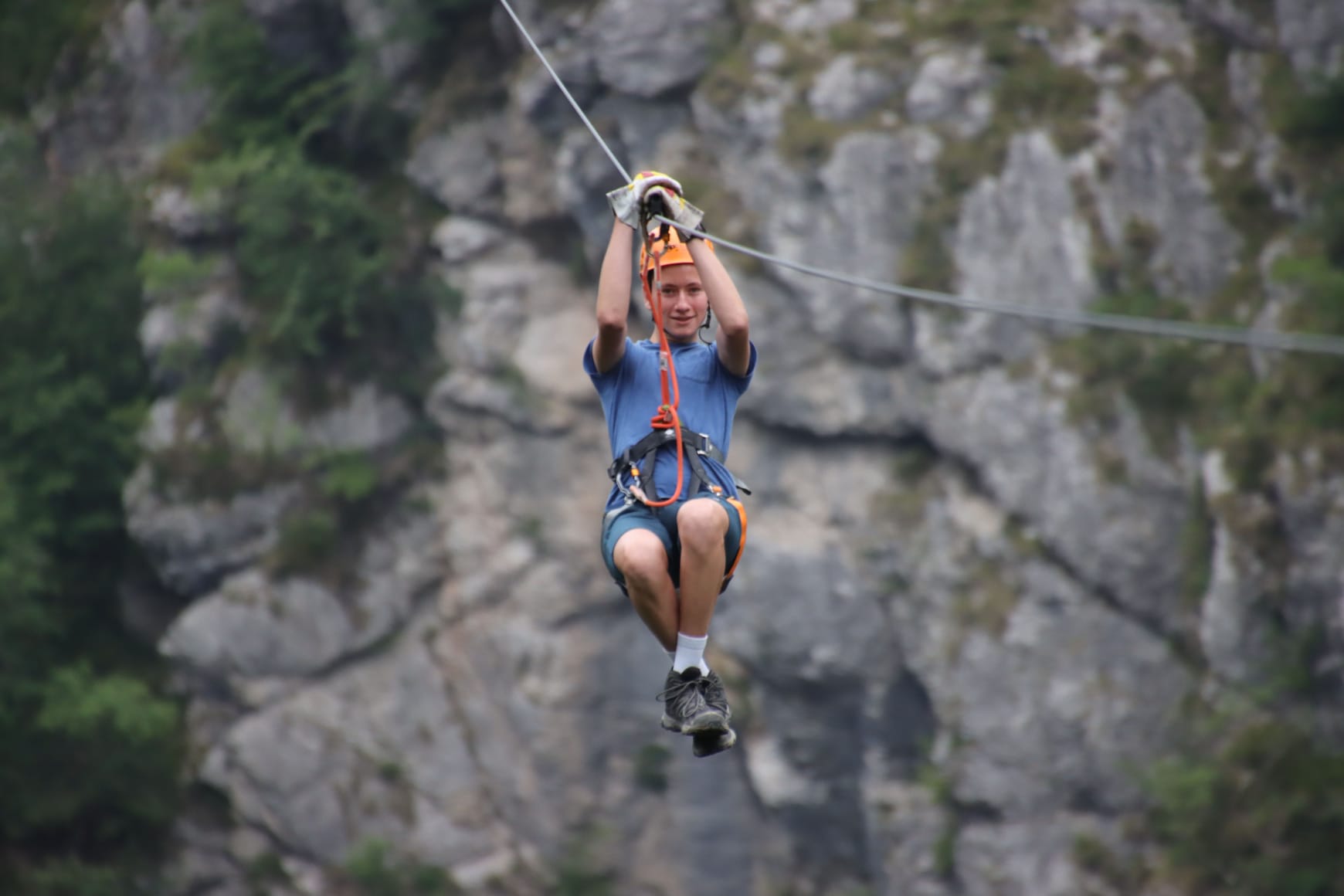 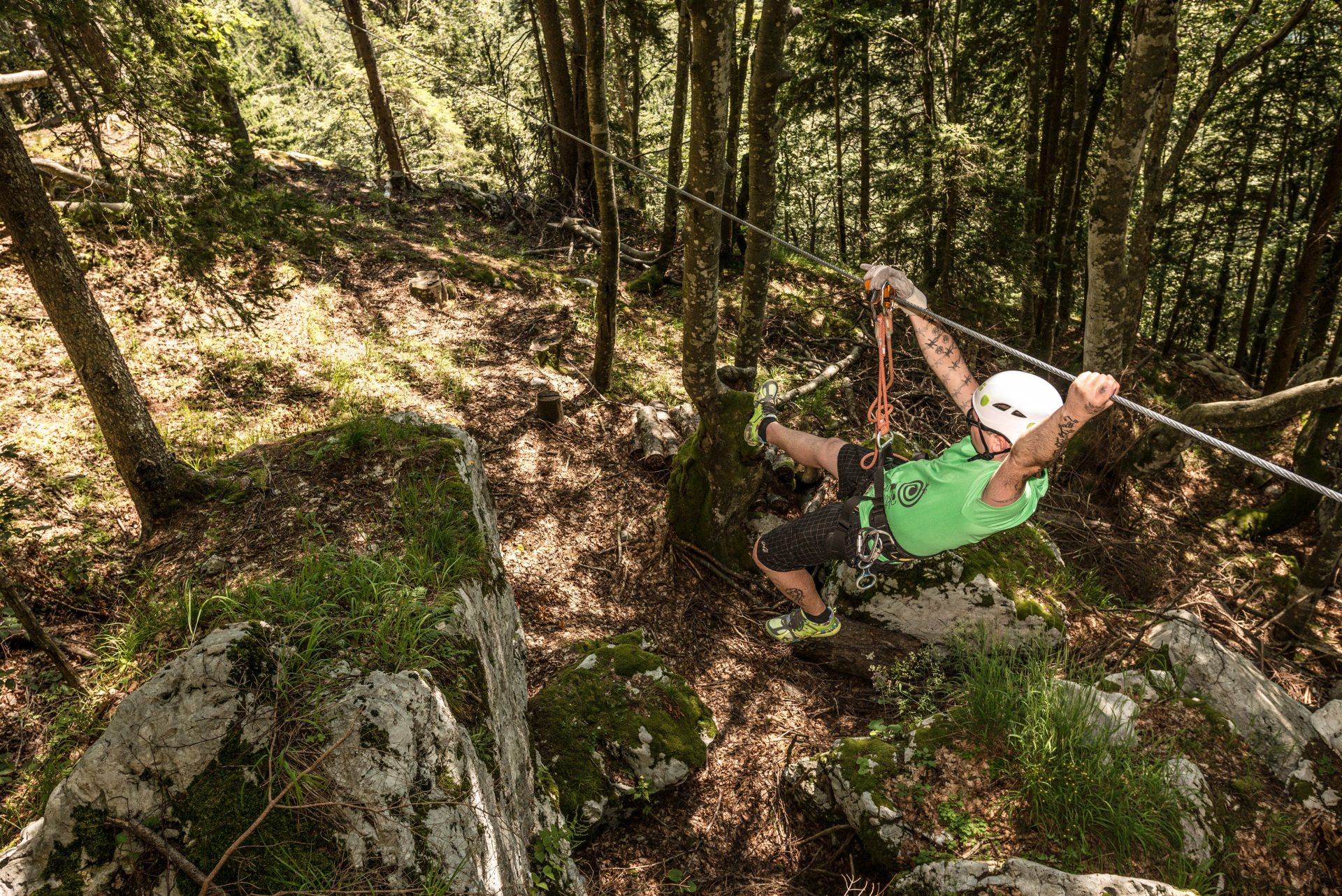 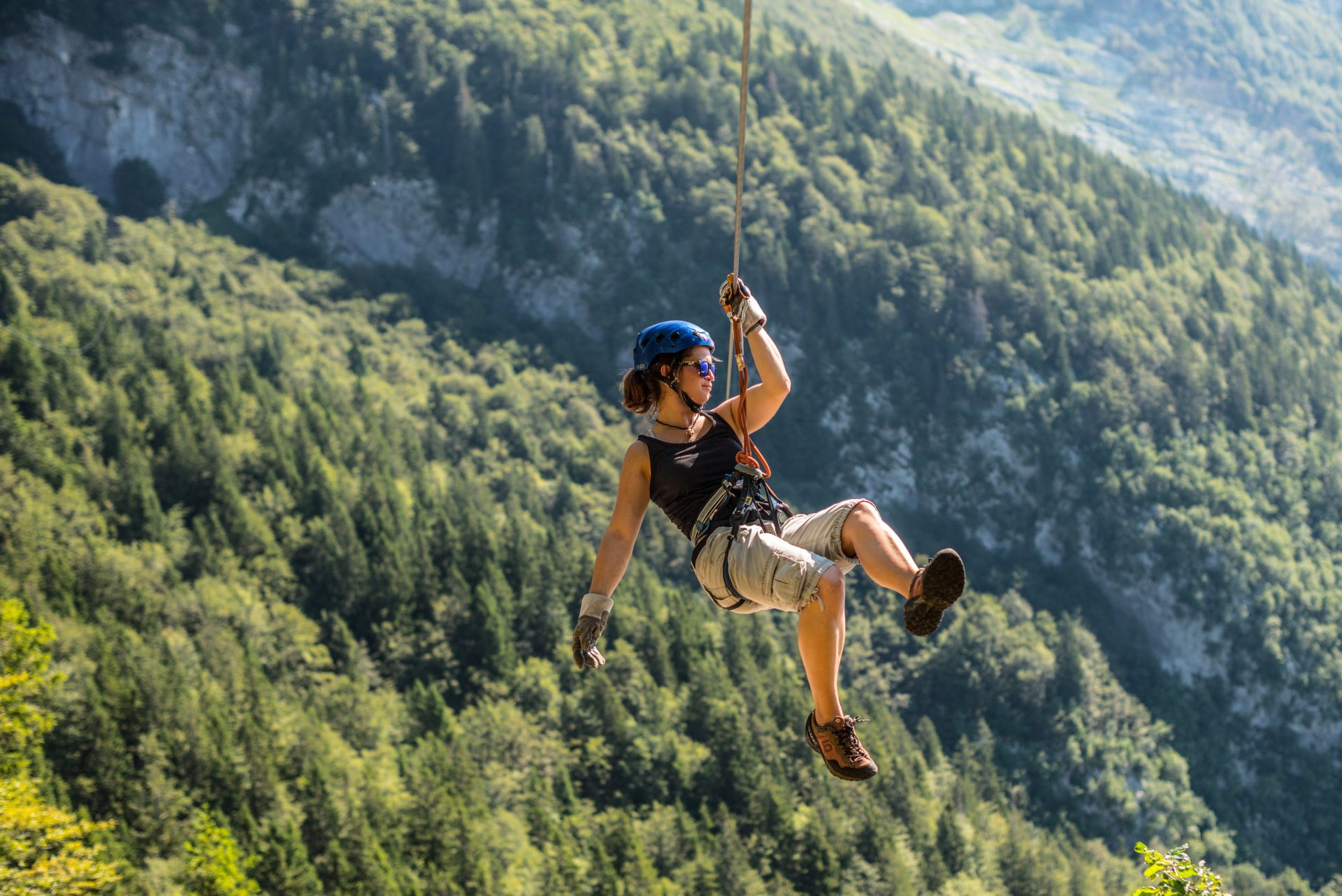 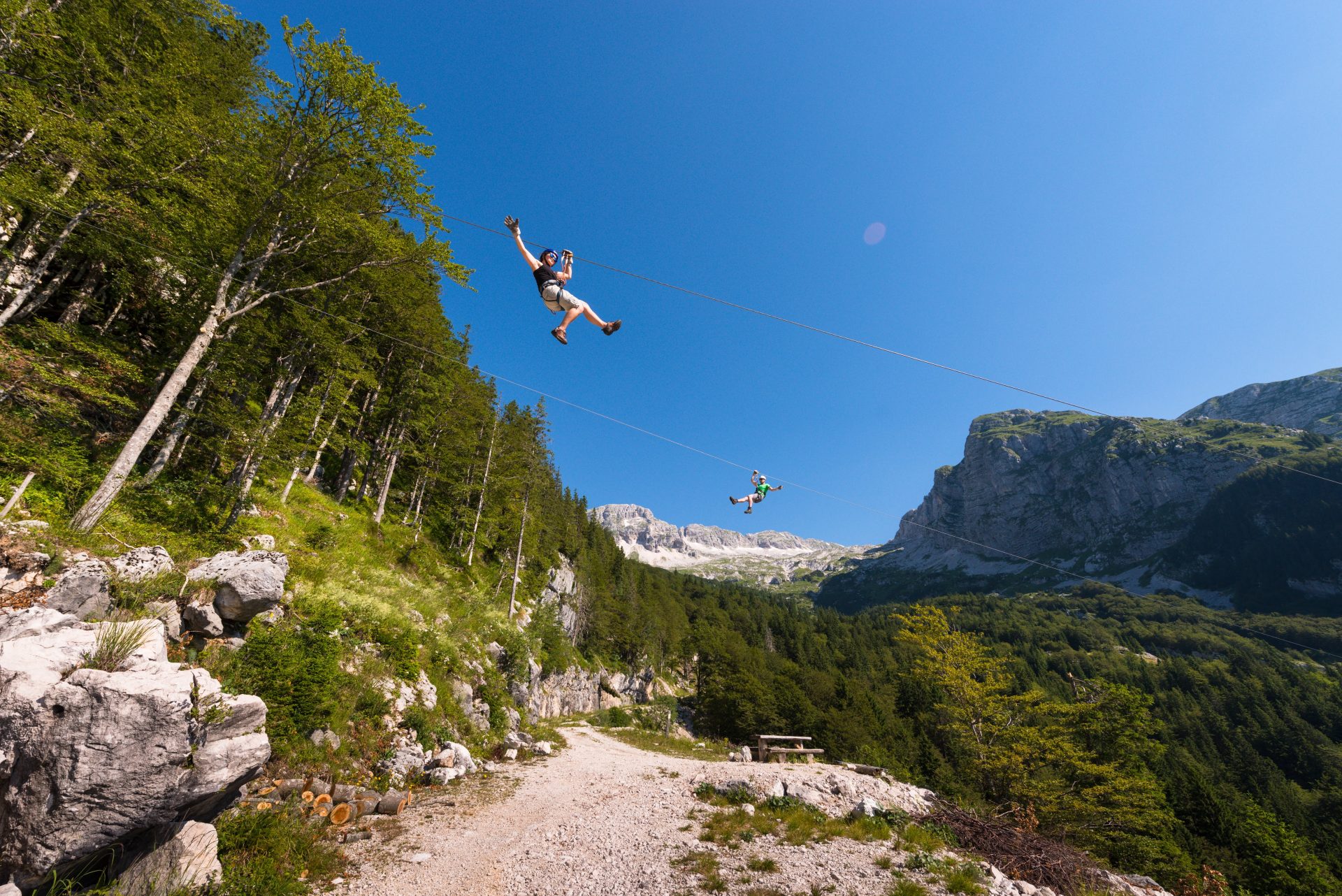 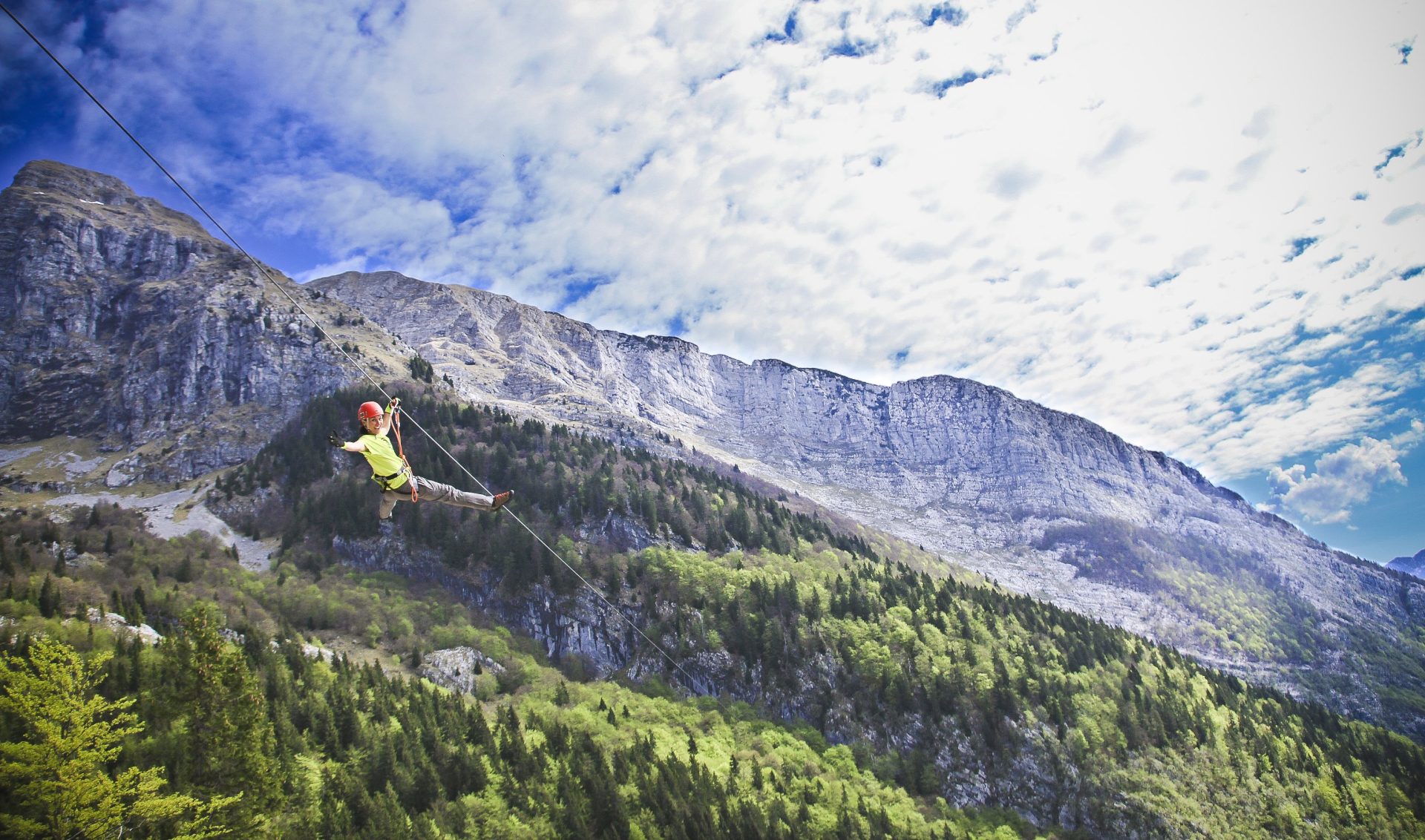 Feel the adrenaline rush of the Soča zipline — the biggest in Europe — flying above the protected area of the Učja Gorge with unique views of the Soča Valley.
More → 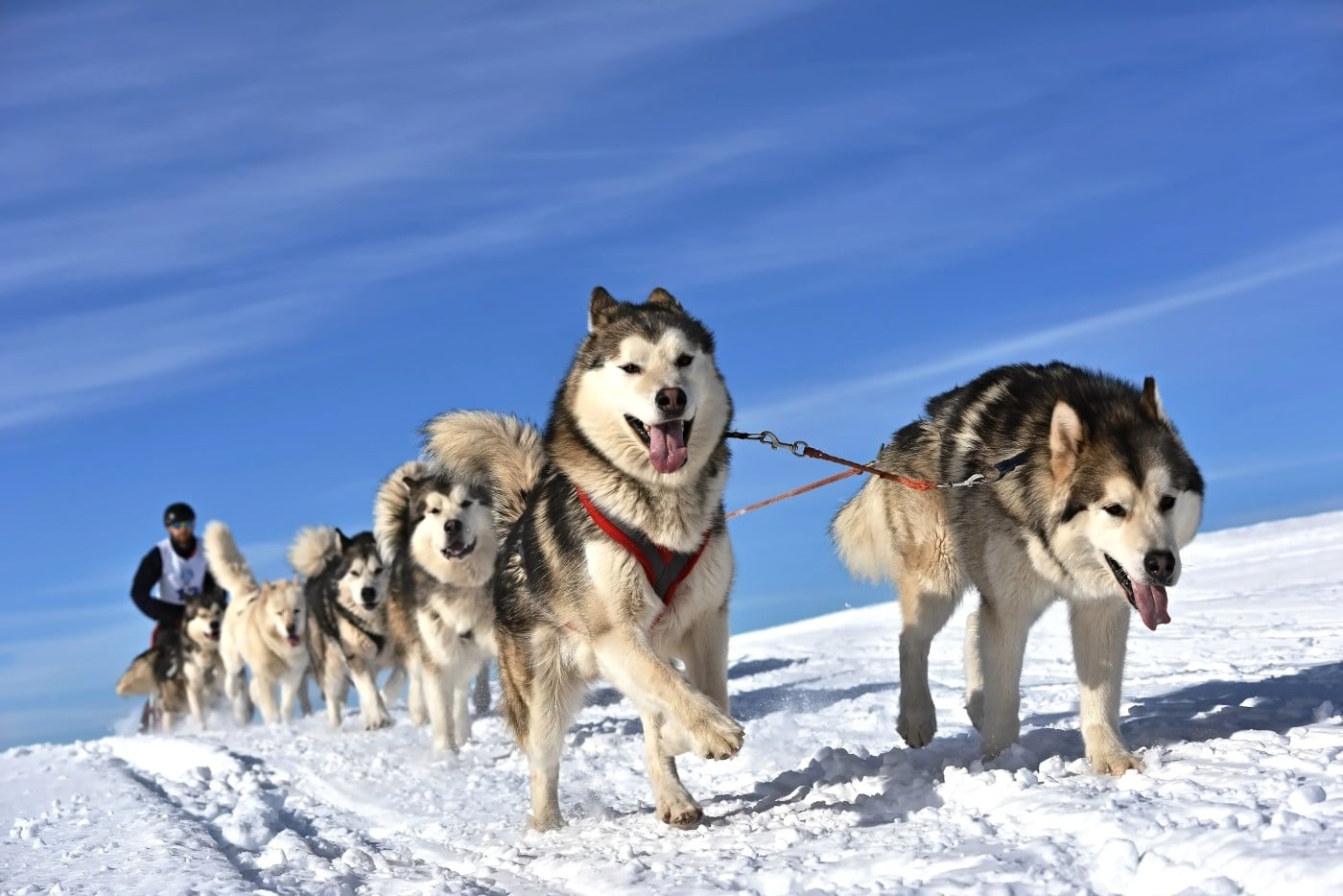 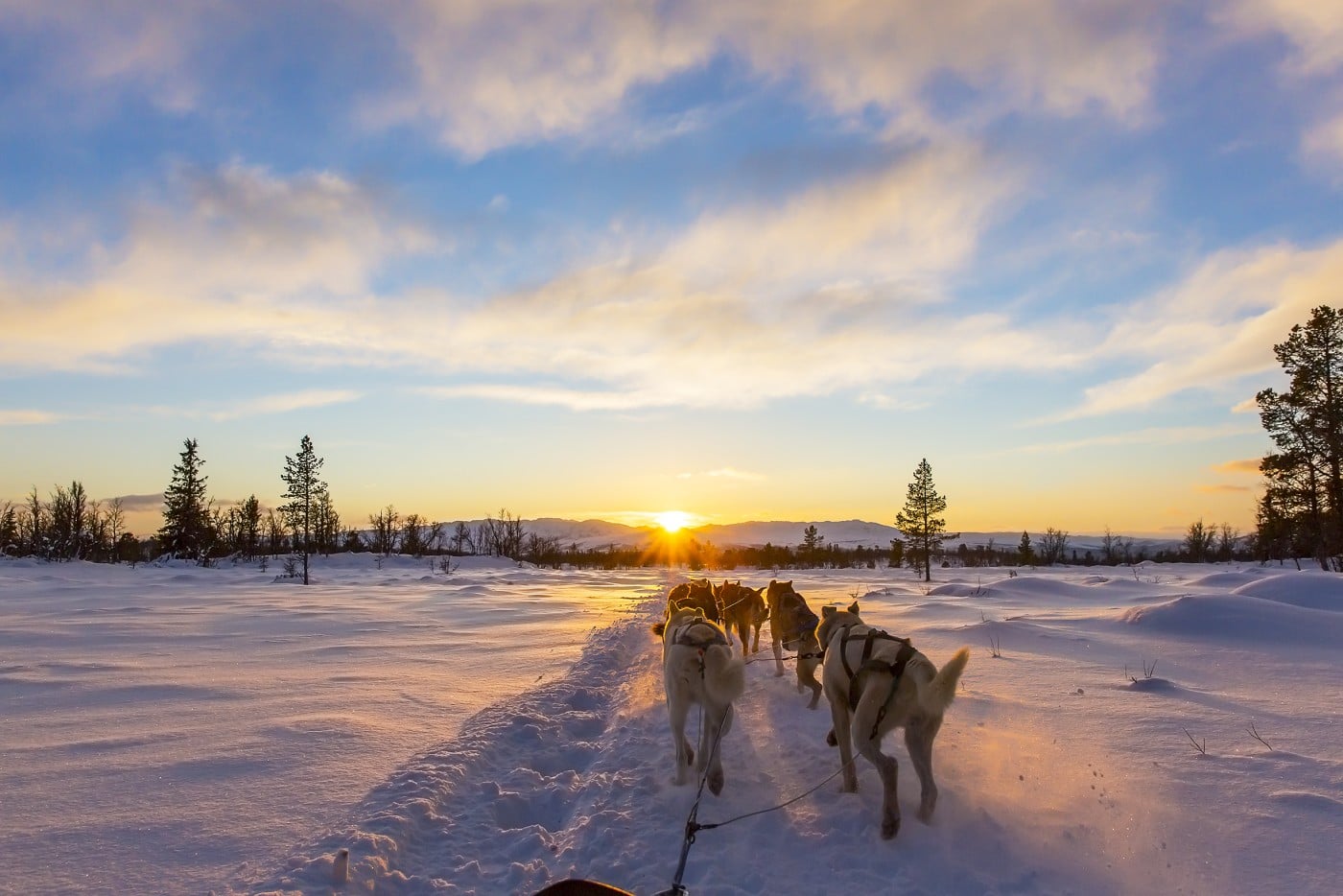 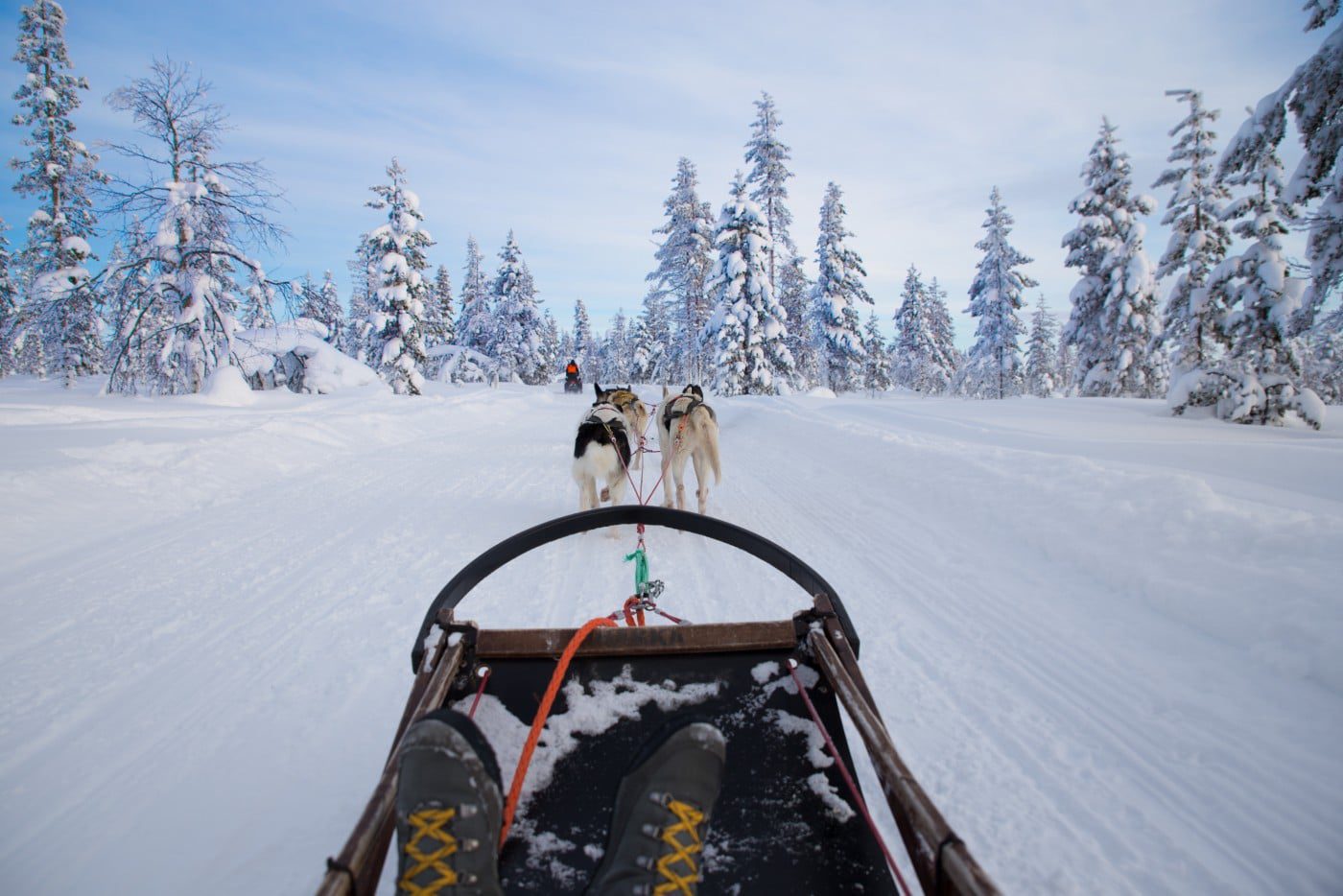 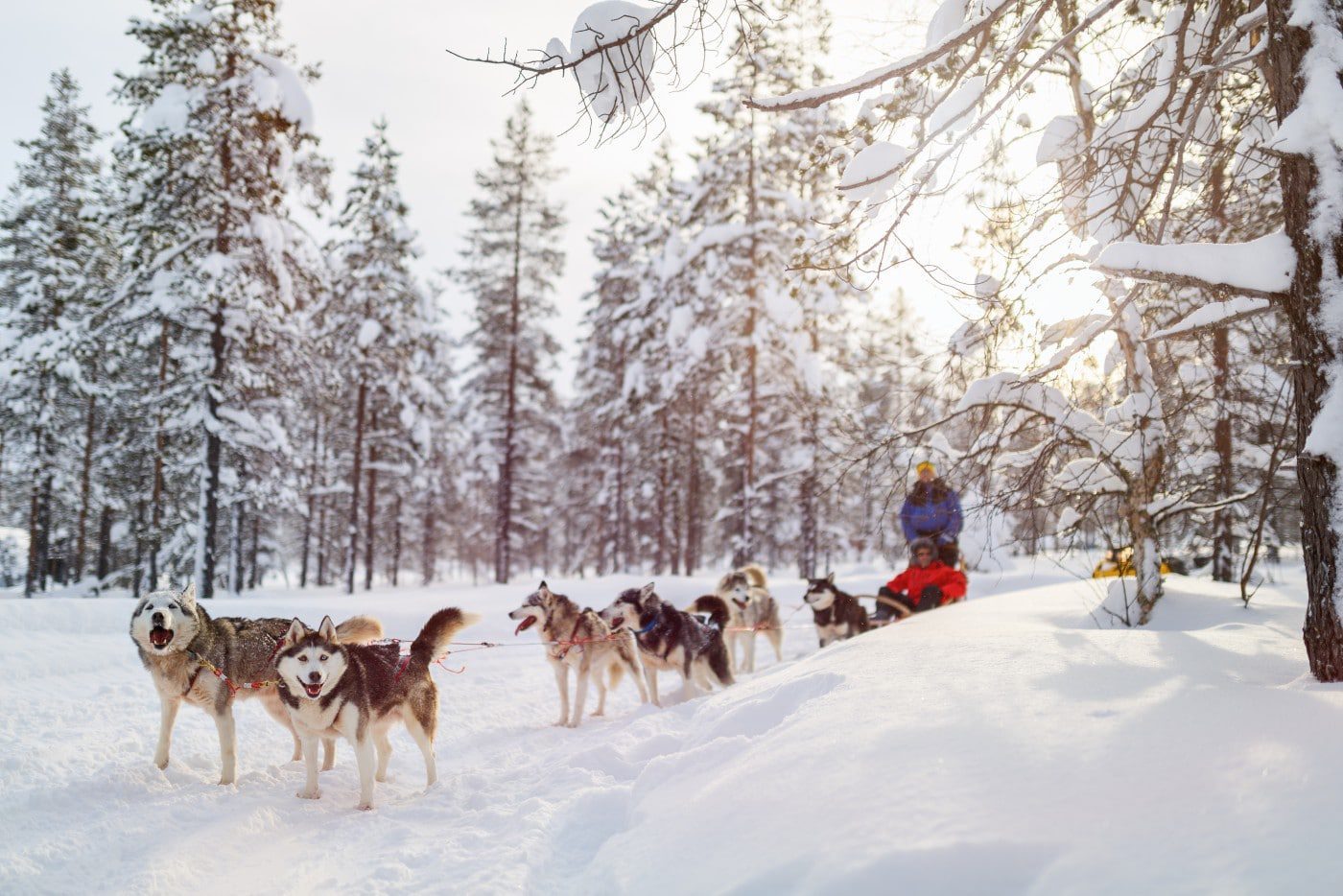 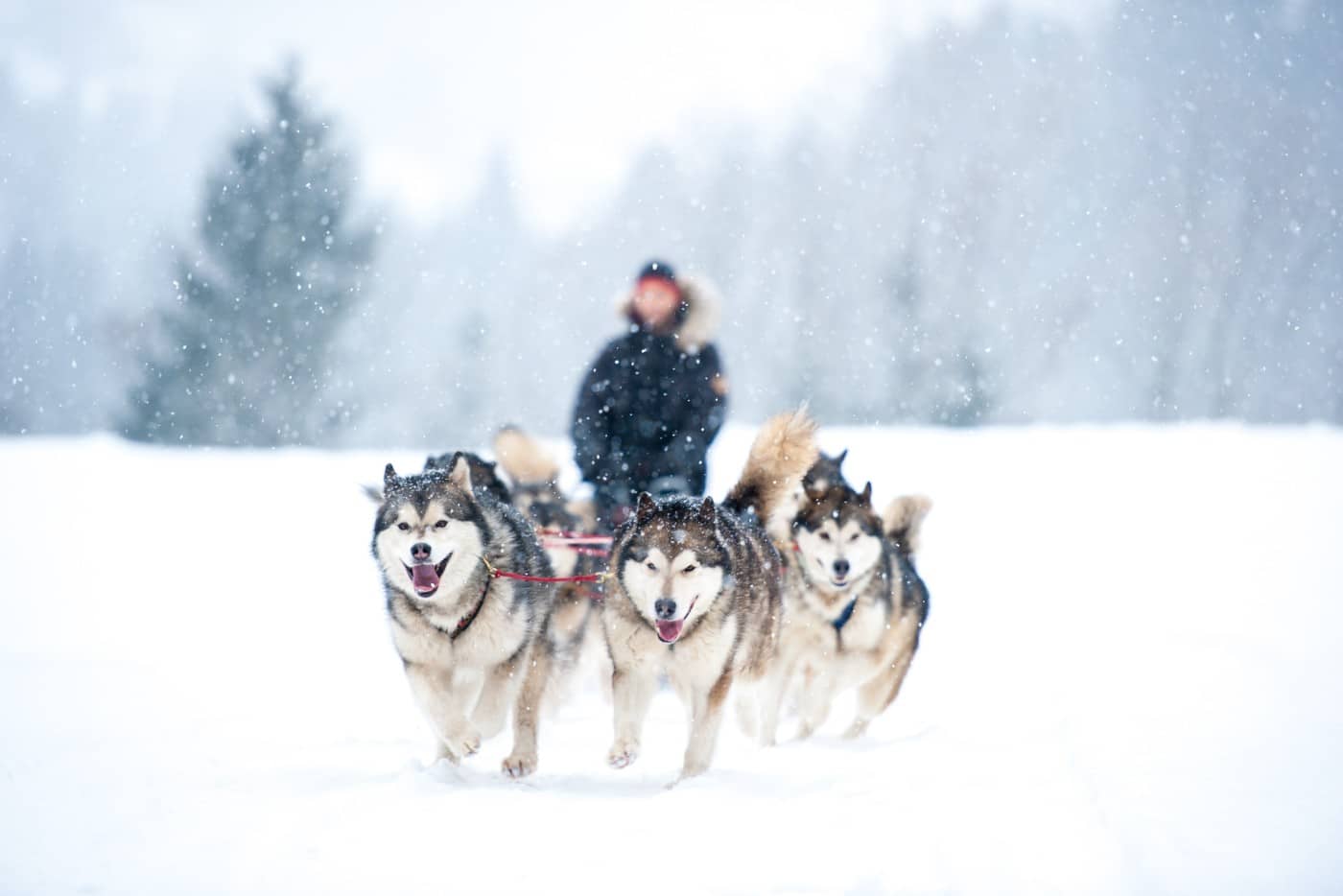 Spend a day with husky dogs for an unforgettable winter activity! Live a unique experience of dog sledding!
More →

This website uses cookies to improve your experience while you navigate through the website. Out of these cookies, the cookies that are categorized as necessary are stored on your browser as they are essential for the working of basic functionalities of the website. We also use third-party cookies that help us analyze and understand how you use this website. These cookies will be stored in your browser only with your consent. You also have the option to opt-out of these cookies. But opting out of some of these cookies may have an effect on your browsing experience.
Necessary Always Enabled
Necessary cookies are absolutely essential for the website to function properly. These cookies ensure basic functionalities and security features of the website, anonymously.
Functional
Functional cookies help to perform certain functionalities like sharing the content of the website on social media platforms, collect feedbacks, and other third-party features.
Performance
Performance cookies are used to understand and analyze the key performance indexes of the website which helps in delivering a better user experience for the visitors.
Analytics
Analytical cookies are used to understand how visitors interact with the website. These cookies help provide information on metrics the number of visitors, bounce rate, traffic source, etc.
Advertisement
Advertisement cookies are used to provide visitors with relevant ads and marketing campaigns. These cookies track visitors across websites and collect information to provide customized ads.
Others
Other uncategorized cookies are those that are being analyzed and have not been classified into a category as yet.
Save & Accept